JANUARY 30, 2020 — Far offshore, at the mouth of the Bay of Fundy, lies a small island of fewer than 25 acres, bustling with seabirds. Atlantic Puffins and Razorbills scuttle among the boulders, while Arctic Terns soar overhead, periodically swooping at any person who intrudes too close to their nest. This is Machias Seal Island, a true mecca for seabird aficionados in eastern North America.

Every May, thousands of seabirds arrive on this island to breed, departing as soon as their chicks are big enough in July or August. There are currently seven seabird species that breed on Machias Seal Island (Atlantic Puffins, Razorbills, Common Murres, Arctic and Common Terns, Leach’s Storm-Petrels, and Common Eiders), making this island one of the most diverse seabird breeding sites in eastern Canada. Recent nesting attempts by Northern Gannets may soon bring this number up to eight.

With so many birds, the island is a natural choice for seabird monitoring and research. Every summer since 1995, a field crew from the University of New Brunswick spends several months on the island, following different parts of the seabirds’ lives. Ongoing research projects focus on three major aspects of their ecology: survival, reproductive success, and diet. 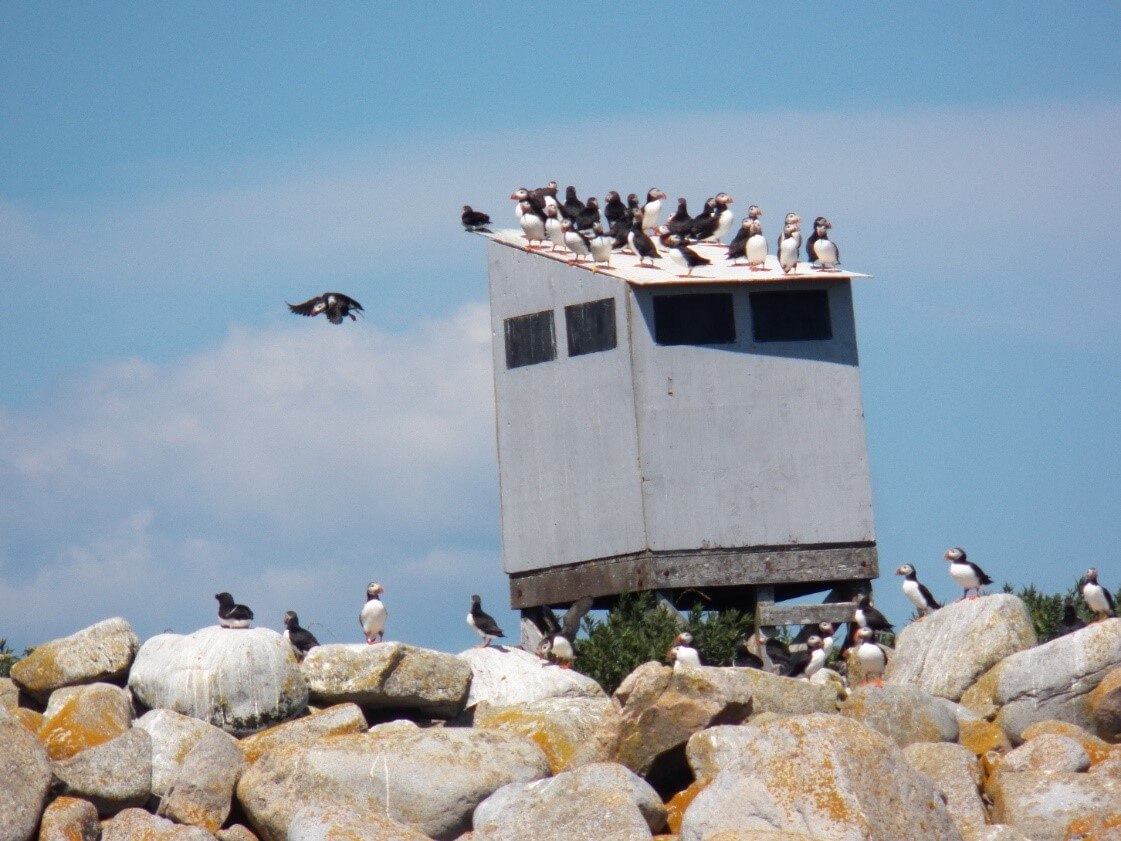 Figure 1. Observation blinds are used to conduct resighting and provisioning stints. The roofs are a popular loafing area for puffins. Photo by Mark Baran

Survival research is based on long-term banding data from Machias Seal Island and several other islands in the Gulf of Maine. The birds breeding on these islands move and disperse between colonies as part of a larger Gulf of Maine meta-population, rather than members of distinct colonies.

The first step in conducting a banding study is to get uniquely-numbered bands on birds. To do this, we trap puffin, Razorbill, and tern adults early in the field season with box or treadle traps. Any birds we catch are weighed, banded, and measured, before being released. Late in the season, chicks are banded at the nest, before they can take wing and elude capture. 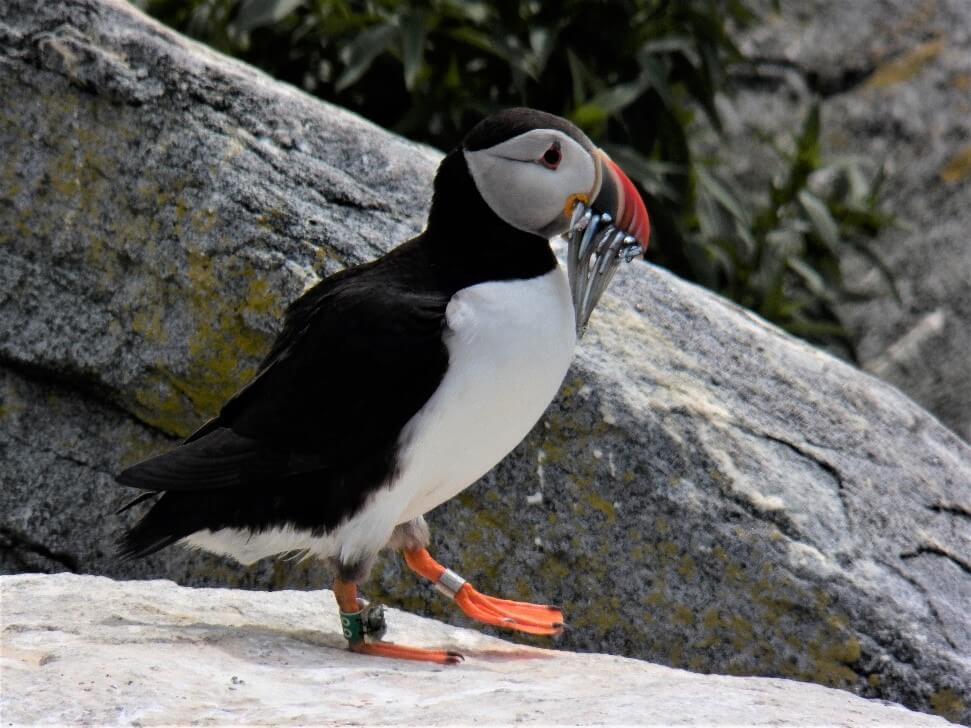 Figure 2. A geolocator-tagged (device attached to green leg band) puffin returns to the colony with fish for its chick. Photo by Mark Baran

Survival estimates are based on re-encounters with banded birds, which come in the form of either recaptures or re-sights. Recapturing is done much the same as capturing birds, while re-sighting uses a spotting scope or binoculars to read the band numbers of individuals at a distance. We enter the band numbers into a massive database of Gulf of Maine seabirds where we can look up their banding and encounter history. Some of the birds we see were first banded more than 20 years ago.

As Machias Seal Island is first and foremost a breeding colony, reproductive success rates are a key measure of how the birds are doing. We monitor a subset of several species’ nests of throughout the season.

Terns build their nests on the ground or in vegetation, so we flag new nests as they appear. Once the chicks have hatched, we periodically measure their weight and wing chord to examine the growth rate. Chicks are considered fledged at 20 days, at which point some can fly and would be very difficult to catch. 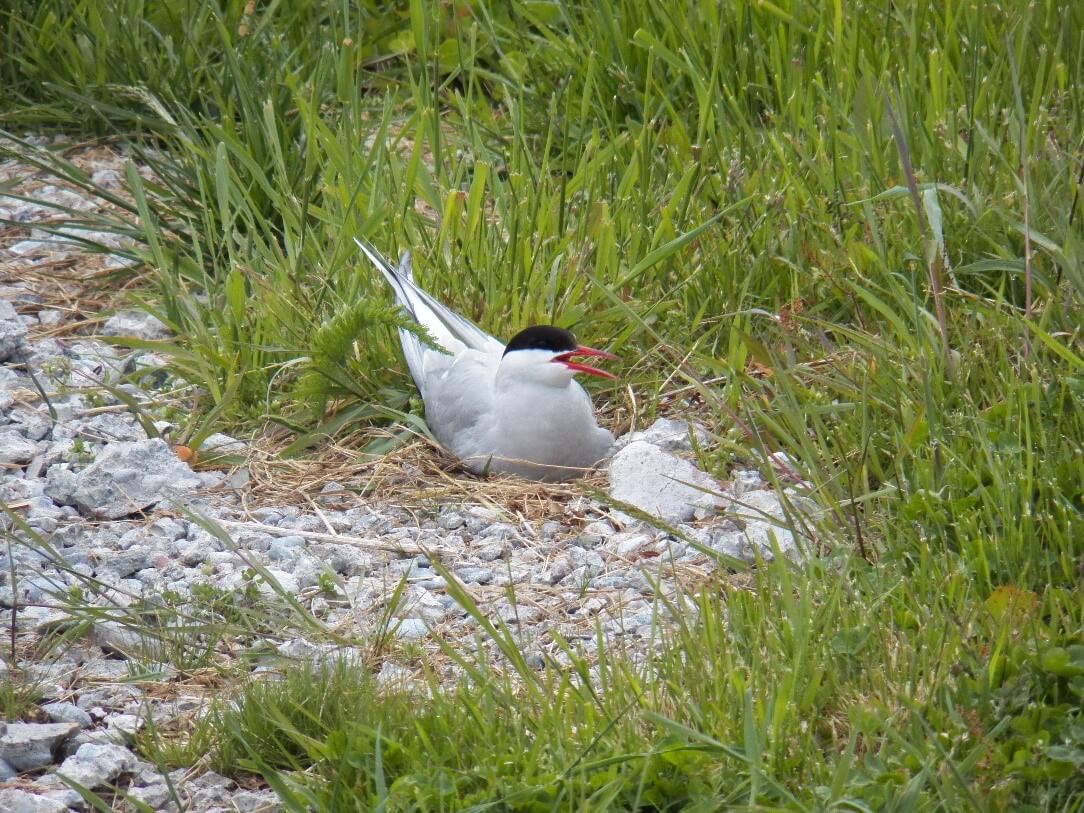 Figure 3. Arctic Terns build their nests on rocks, gravel, or vegetation. They typically lay one or two eggs. Photo by Mark Baran

Puffins, Razorbills, and Storm-Petrels are burrow-nesters, laying their eggs in excavated sod burrows or rock crevices. We check select burrows early in the season for an egg, then check again a few weeks later to see if there is a chick. We follow the chicks, much like for the terns. For Atlantic Puffins and Razorbills, once the chicks are old enough to fledge, we check burrows every few days to see whether the chick has left the burrow to start its life at sea. Storm-Petrel chicks are not old enough to fledge by the time the crew departs in August, so we cannot monitor fledging success.

After eggs hatch, adult seabirds must bring back food for chicks. Fortunately for us, many seabirds bring back prey (usually fish) hanging out of their bill. We spend a good portion of our time in June and July doing provisioning watches from blinds, whereby we watch a set of nests for three hours and record every feeding that an adult brings in. For each feeding, we note the prey species, number, and approximate size relative to the length of the bird’s beak. To supplement the provisioning watches, we collect samples both opportunistically of dropped prey in the colony and from mist net diet sampling of puffins. We weigh and measure the collected fish to approximate the mass of prey being brought in during provisioning stints.

While the ongoing research is good for understanding the birds at the colony, we don’t know much about the birds’ winter habits. To remedy this, we deployed geolocator tags on puffins, Razorbills, and murres to see where they go and to infer what sort of conditions they may encounter. From the tags we have retrieved, we can get an idea of overwinter movements for these three species.

Most puffins spend the autumn and winter months around the Gulf of Maine, moving southward (as far as Cape Hatteras, NC) in February and March before returning to the colony in May. Razorbills follow a similar strategy, typically closer to shore than the puffins, with some individuals spending part of the winter in the Bay of Fundy.

Three of the five murres remained within the Gulf of Maine throughout the winter, while two visited Newfoundland for the autumn. These two, along with a few puffins and razorbills, likely visit this area to feast on seasonally abundant capelin. Unfortunately for the murres, they may become prey themselves in the Turr Hunt, wherein residents of Newfoundland and Labrador hunt for this traditional food source (Turr is the local name for murres). 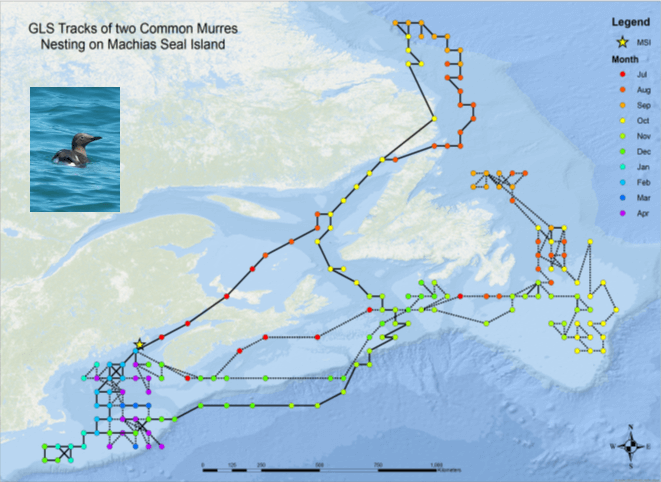 The future for these seabirds is somewhat uncertain. While we’ve seen dietary shifts and warming waters, the birds still have successful breeding seasons. However, since many of these seabirds are long-lived (some over 30 years), we may not be able to discern population-level changes for several years. This is just one reason, among many, why we will continue every summer to monitor and study the seabirds of Machias Seal Island.