JANUARY 16, 2020 — When discussing southern migration in New Brunswick, we often think about our province as the northern end of the migratory journey; the colder climate that many species can’t wait to put behind them on their way to the southern United States or beyond. But for some birds, New Brunswick is the destination, and our frosty coastline is a welcome draw during the winter months. One of these birds is the Barrow’s Goldeneye.

About the Barrow’s Goldeneye 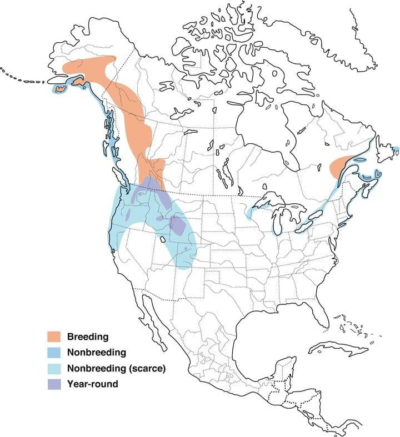 The Barrow’s Goldeneye – not to be confused with the Common Goldeneye, despite the physical similarities – are a unique species of sea bird that occurs in three distinct regions. About 200,000 breed in Western Canada and Alaska, migrating south and inland in the winter. A small non-migratory population of about 2,000 live year-round in Iceland. Finally, there is a population of about 7,000 that comes out of the boreal forests of eastern Quebec (and possibly Labrador) to over-winter along the Gulf of St. Lawrence, the Baie des Chaleurs, and the Northumberland Strait. A few individuals over-winter along the Bay of Fundy with some even wandering south into New England.

Since the eastern population of Barrow’s Goldeneye is classified as a species of Special Concern by the Committee on the Status of Endangered Wildlife in Canada and their presence and movements in the province are not well-known, Nature NB has been monitoring these ducks for the last few years. Christmas Bird Count data, as well as observations by volunteers during January and February, are helping to understand how many of these ducks over-winter in New Brunswick and how they move about during the winter months.

Nature NB hopes to work with the Canadian Wildlife Service to ensure that the data that is collected is consistent with their standards and methodology. 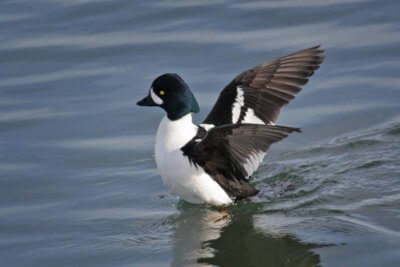 *Volunteer coordinators are still needed in these regions. If you want to learn more, please email us at news@naturenb.ca or call 506-459-4209.

Environment Canada has created these infographics to help you tell the difference between the Barrow’s Goldeneye and its lookalike, the Common Goldeneye. 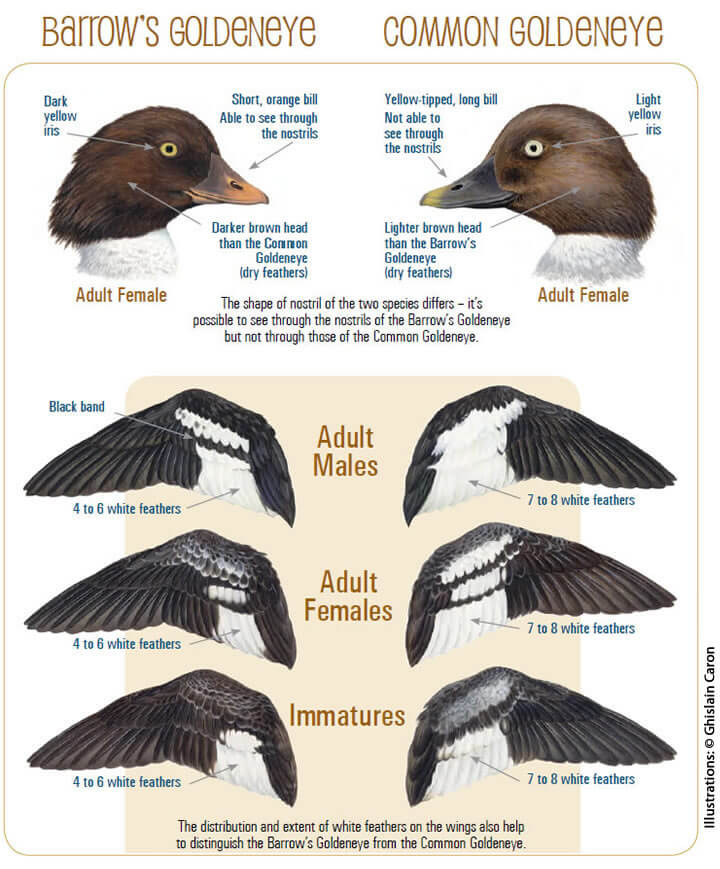