OCTOBER 16, 2019 — On October 3, 2019, over 200 voters in Fredericton headed to the University of New Brunswick (UNB) to hear candidates’ views on the environment as part of the nationwide debate series, “100 Debates on the Environment”. Frederictonians joined large crowds across the country attending their local debates, demonstrating that concern about the environment is fueling a powerful force that no party and no candidate can ignore.

“We’re really delighted in the turnout tonight, especially given the fact that there’s been a few different debates going on in recent days,” said event organizer Tabatha Armstrong. “So to have a full auditorium tonight, full of students and community members, is really encouraging and certainly makes our efforts worthwhile in terms of ensuring there’s opportunities for political engagement and information for constituents in this riding.” 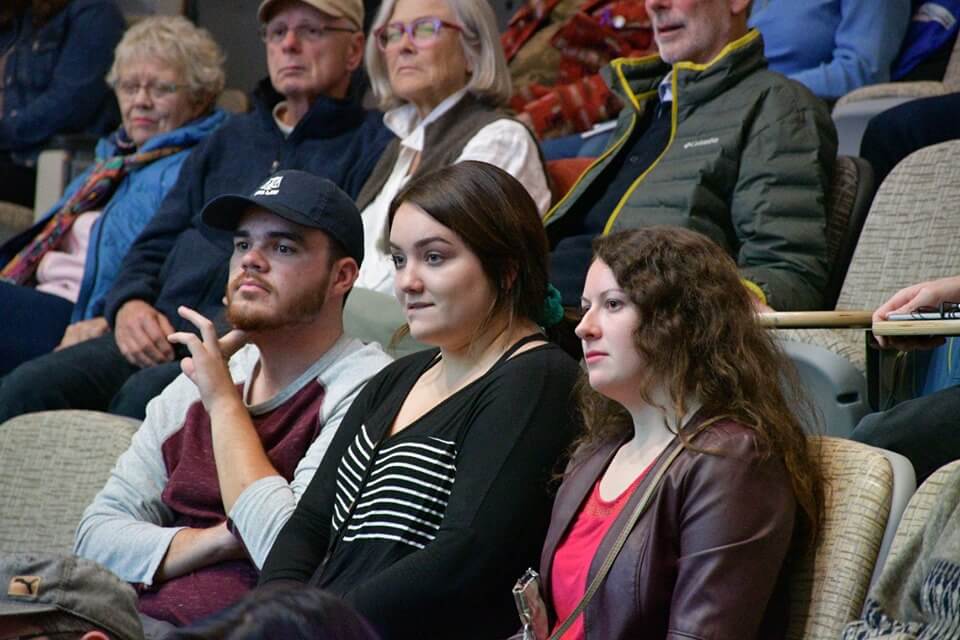 Aislynn Welton, a student at UNB, attended the debate after learning about the event through one of her environmental courses. “It was really important to me [to attend] because the course stresses to me the information that the media isn’t giving us,” says Welton. “So it was really interesting to see that the candidates actually are addressing these issues, they’re just not being covered the way that they probably should be.”

This debate series was the first of its size and scope to take place in Canada, with a total of 120 local debates held nationally. Hosted by local non-profits, scientists, health professionals, and businesses, the debates took place in nearly every province and territory, with urban, suburban, and rural ridings all well-represented. The goal of the series is to demonstrate to politicians that the environment – a top priority as identified by early polling data – needs to be front and centre this election.

For more information about this local “100 Debates on the Environment,” event, please visit  www.100debates.ca.