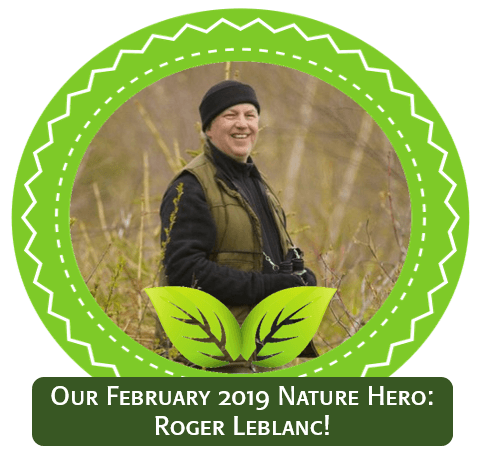 MARCH 5, 2019 — Whether he is directing wildlife documentaries, advocating for nature and our naturalist community, or helping with Christmas bird counts, Roger LeBlanc’s contributions to Nature NB and our province’s environment has spanned many decades.

Said Executive Director Vanessa Roy-McDougall, “Roger is one of Nature NB’s biggest contributors and a real advocate for wildlife in the province. He has been invaluable as a board member and volunteer at Nature NB for many years, and is always one of the first to offer solutions and give help.”

LeBlanc’s love of nature began at a young age. Born in Campbellton, New Brunswick, he can still recall memories fishing with his father in his youth, even catching his first trout at the young age of five. “I still remember that trout vividly,” says LeBlanc. He adds laughing, “It probably looked a lot bigger to me then… That’s one of my first memories from childhood in fact!”

Since then, rather than fishing or hunting, LeBlanc took up another hobby which led him to Nature NB and its clubs. “I started bird watching at a Christmas Bird Count. I was not in any clubs before that and didn’t even know that there was a club. Once I got into birding and realized there’s a place for people like me to go, that’s where I went.” Said LeBlanc.

Once connected to Nature NB, LeBlanc served on the board for nine years and has helped the organization coordinate workshops and events like the Festival of Nature.

“We are quite dynamic, and I think we are going in the right direction. We have a lot of amazing places here in New Brunswick, so it’s important for organizations like Nature NB to take people there and experience it in a way that doesn’t harm the environment.”

LeBlanc has also been a strong supporter of bilingualism, helping as a translator and also helping to keep Nature NB accountable, to ensure its programs and services remain accessible to French-speaking New Brunswickers.

“We live in a province with a strong population of both languages and that’s not changing anytime soon,” said LeBlanc, “There’s some challenges, but why go down a river alone when you can go with a group of people? It’s more energy, it’s more people.”

For the past thirty years, LeBlanc has also worked on several nature documentaries. Among these is Migrations, on the migration of birds across North America and winner of the prestigious Lirou d’or (first prize) at the Ménigoute International Nature Film Festival in 2007.  His other work is wide-spanning, but includes documenting the lives of the Atlantic Puffin (Le Macareux Moine), the wonders of the Bay of Fundy (La baie des merveilles) and research on the Atlantic leatherback turtle and basking sharks (Les géants des profondeurs).

As LeBlanc puts it, “Everybody is interested in a story, ever since we were cavemen sitting around a fire. I try to do that with my work, to craft stories about nature that encourage people to want to learn more, and by learning more, understand it better and because of that, try to protect it.”

LeBlanc also encourages everyone to take time to be outdoors and connect with nature. “There’s nothing like going out in the Spring and walking around, even for just half an hour in the woods and recognizing the birds and sounds. If we’re living 24 hours a day in a box, it’s like putting an animal in a cage, it’s not normal,” said LeBlanc.

He continues. “So just get reconnected with that beautiful mother nature… You might not find what you were looking for, but mother nature is always going to give you something. There’s always something different, something spectacular. It might be something small, but if you stop and look at it and try to appreciate it, it gives you a lot more than what you put in.”

Roger, we could not agree more! For the work you do for our organization, and for helping to conserve and protect New Brunswick’s wildlife beyond that, thank you for your amazing contributions, and congratulations on being February’s Nature Hero of the Month!! 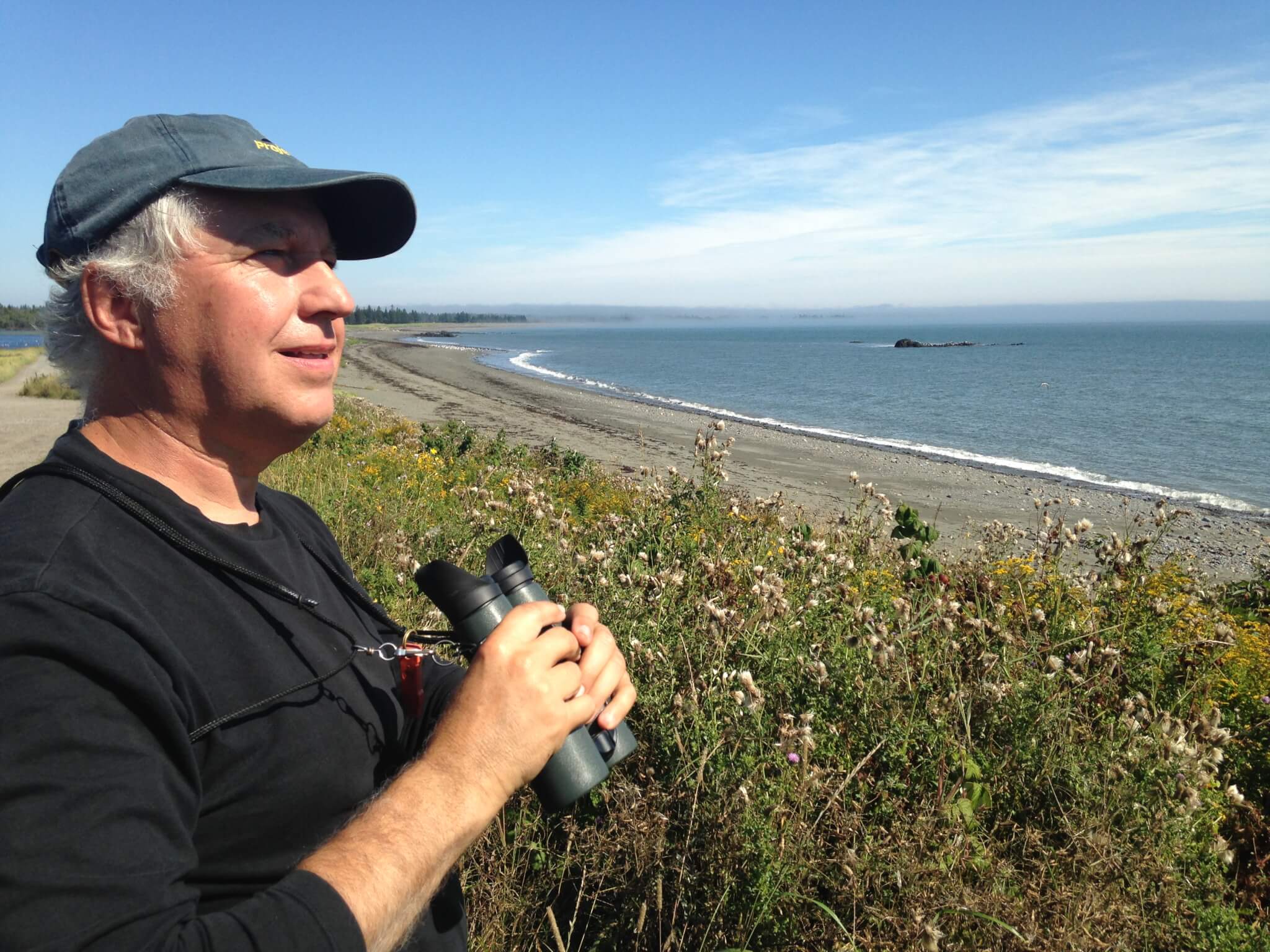