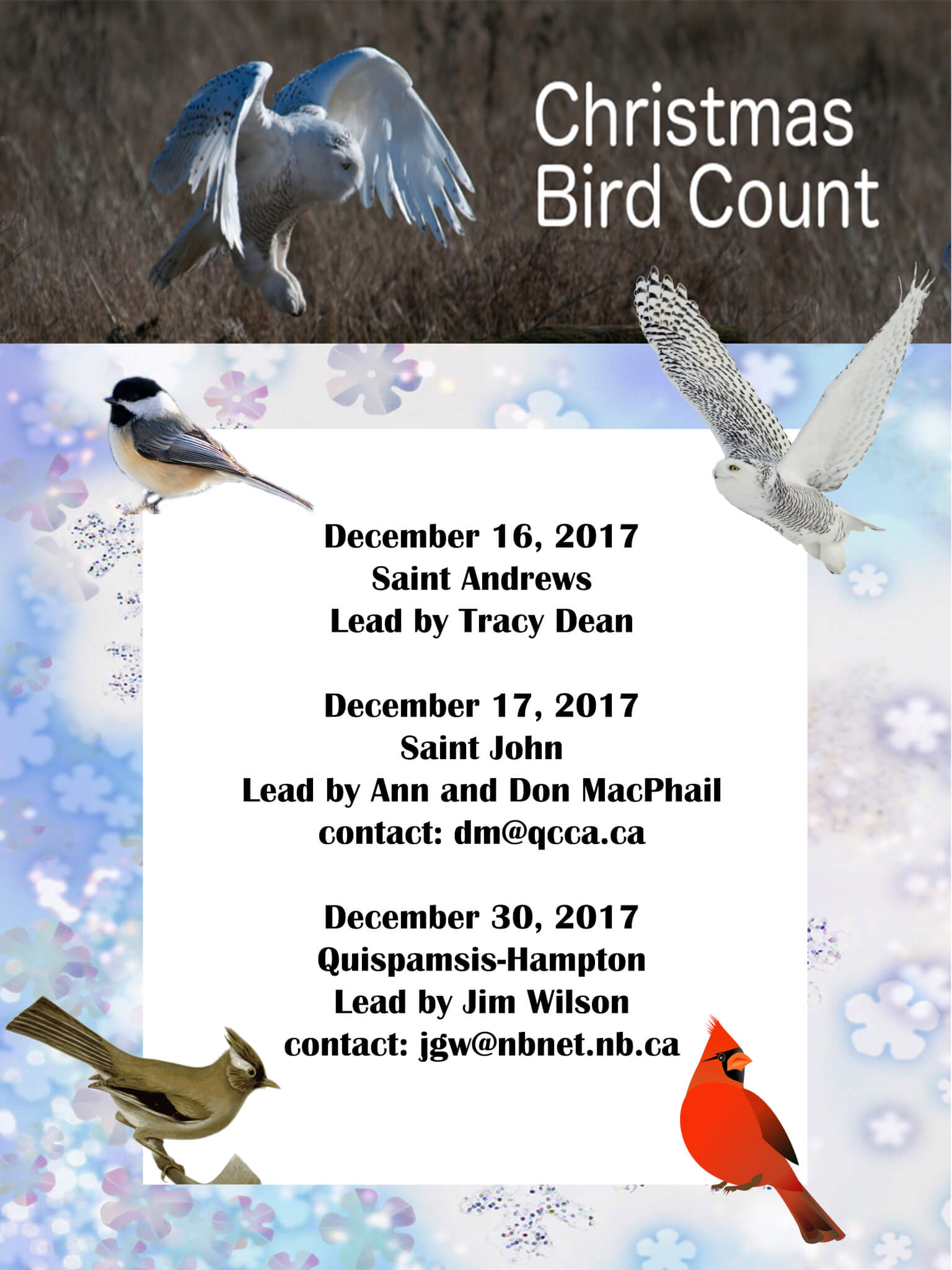 NOVEMBER 14, 2017 — Holidays and winter weather are fast approaching! Do you know what that means? It’s almost Christmas Bird Count time!

CBC. Yes, it stands for a radio and television network but that is only since 1952. Long before that, on Christmas Day in 1900, the first other CBC – the Christmas Bird Count – began.

In that first year, 27 bird count areas – including Toronto and Scotch Lake, York County, NB – were surveyed. Since then the CBC has grown to over 2000 “Count Circles”, each 24km in diameter.

Within each Count Circle, a date between December 14 and January 5 is chosen and volunteers, either at home watching feeders or out in the field, identify both species of birds and number of individuals observed.

In recent years approximately 45 Count Circles in New Brunswick counted about 130 species and over 100,000 individual birds within the province. Not bad for a day out in the darkest and coldest time of the year.

Anyone interested in spending a few hours outdoors over the Christmas season and participating in North America’s longest running citizen science project is encouraged to contact any of the Count Circle co-ordinators. You don’t need to know the birds; you just need to be able to hear or see them. And, if you get outdoors with 25,000 other North Americans who have been doing exactly that for 117 years, you just might surprise yourself as to how many birds there are and how many you know.

More details to come as dates and information becomes available. To stay up to date visit the CBC website here.